Ever noticed how similar the Three of Wands looks to the Two of Wands? If you’re using the Rider Waite Smith or derivative tarot deck, that is.

So what’s the difference between these two cards? Let’s dive into their tarot card meanings!

Today’s post will compare two quite similar cards: the Two of Wands and the Three of Wands. Some people have trouble distinguishing how to interpret these tarot cards. Going over some essential differences between the cards will help us understand both of them better and be able to give better tarot readings when these cards come up.

Let’s take a look at 4 essential differences between the Two and Three of Wands. Watch the video or read on below!

Similarities between the Two and Three of Wands

First, you’re not alone if you have trouble interpreting these two cards differently. They look quite similar! They are both in the suit of wands, obviously, and next to one another in the numerical sequence. So you’re not off base at all for being a little confused by them.

Also, both the 2 and 3 of Wands depict a lone figure standing next to multiple wands, holding on to just one of them. The figures in both cards are similarly looking out into the distance.

So what’s the deal? What are the different interpretations or messages of these two tarot cards that look so similar?

The key is in noticing some essential differences between them. Let’s examine four of them now. The setting, or where we are located in the card, is different in these two cards.

In the 2 of Wands, the figure is still at home. They are in the safety of their castle.

The figure in the 3 of Wands, however, is not at home. This figure is standing at the edge of a precipice, looking out into the ocean.

So what does this difference tell us about these cards?

If you draw the 2 of Wands, you’re still in your comfort zone. You’re not necessarily being called to take drastic action yet, but you are being invited to start looking ahead, pondering your next move, and planning your eventual action.

If you draw the 3 of Wands, your intuition might be trying to nudge you out of your comfort zone. You are being invited to muster up some courage and venture into unfamiliar, uncharted territory.

Another interesting difference that helps us tell the 2 and 3 of Wands apart when one of them comes up in a reading is the globe in the Two of Wands.

The figure in the Two of Wands has a globe in his right hand. Now, a globe isn’t actually the world or adventure or travel. It’s merely a representation or model of those ideas. So, we can consider the globe representing a model, vision, or idea. Something you’re just dreaming up and cooking up. Difference #3: How Much Red

In the Two of Wands, the rich, bright, passionate red color is only in the figure’s hat. In the Three of Wands, however, he is decked out in a fully red robe.

So what does this difference in imagery tell us?

Red is a power color. It’s a color of passion and action. If red is only on the hat of the 2 of Wands figure, it makes me think he is full of passionate visions and ideas (a mental realm represented by the color red). But he’s not actually ready to fully embody and step into those passionate plans yet.

But, as the sequence of the Wands continues to the next card, the 3 of Wands, we learn that the next obvious step is to stop planning and actually start acting out your beautiful vision.

(Related: Color Symbolism: The Meaning of Color in Tarot)

A lot of people – myself included – tend to stall in Two of Wands energy. I love the planning and brainstorming phase. It’s making all my beautiful plans a reality that tends to be a challenge for me! Let me know in the comments below if you’re like that too!

Difference #4: Which hand is the wand in?

Another difference I noticed between the 2 and 3 of Wands is which hand the figure is using to hold his hand.

In many cultures, socially and spiritually speaking, the right hand is considered the dominant, or active, hand while the left is considered the non-dominant, or passive, hand. I grew up learning that you “give” with your right and you “take” with your left. You see this in a lot of magical practices as well. You charge a candle or other magical tool with your right hand, yet you receive the healing powers of, say, a crystal, by holding it in your left.

This varies from culture to culture, so if this doesn’t resonate you with or goes against your beliefs or customs, that’s okay! Feel free to disregard it. I am not here to say one culture of system of belief is “more correct” than the other.

But if we follow this line of thinking, here’s what further information it can helps us gather from the 2 and 3 of Wands tarot cards:

Since the wand is in the left hand of the 2 of Wands figure, this card is more passive – the figure isn’t quite ready to take action.

The figure in the 3 of Wands is in a more active, powerful pose because the wand in that card is in the figure’s right hand.

The value of studying tarot imagery

Pretty neat how deep we can go with our interpretations just by studying the imagery in front of us, right!? That’s why studying tarot imagery – rather than memorizing tarot keywords – is always the way to go with tarot! If you want a complete course on tarot that dives deep into tarot card imagery and how to learn the cards without having to robotically memorize key words, you’ll love my self-paced online tarot course, Read Tarot Today. Click on the image above to check out all the details and see if it’s right for you. 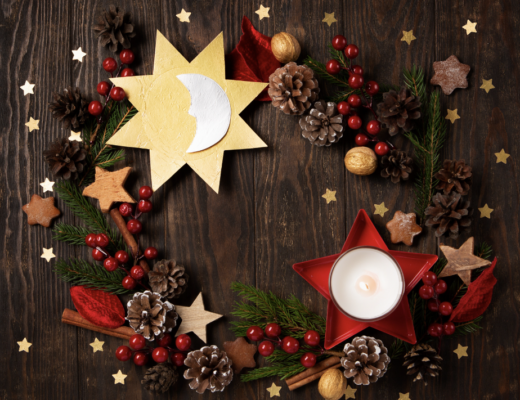 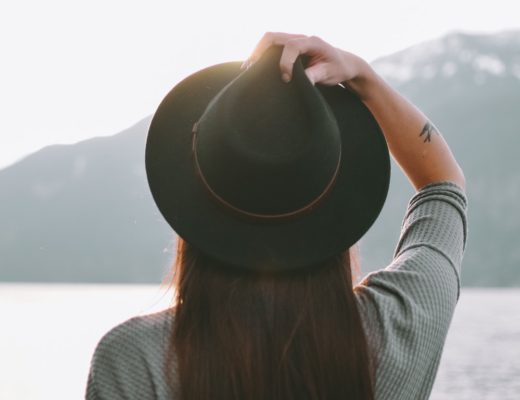 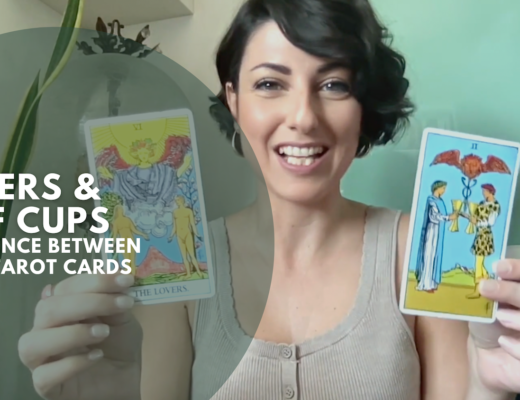 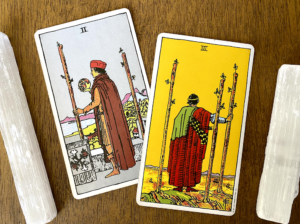 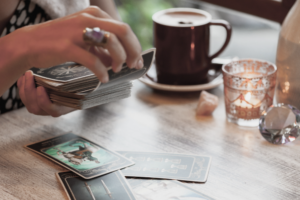 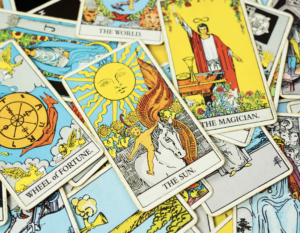 How to Use Clarifier Cards in Tarot Readings 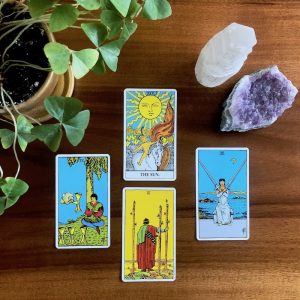 Why Your First Tarot Deck Matters 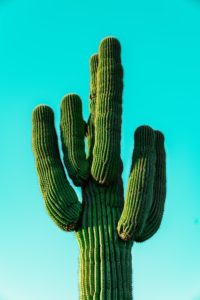 13 Essential Summer Must-Haves for Your Soul 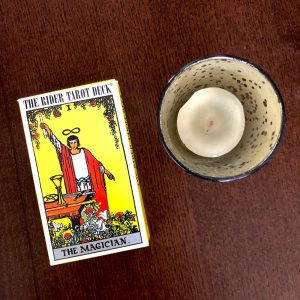 Tough Decision? How to Do a Tarot Reading for Yourself 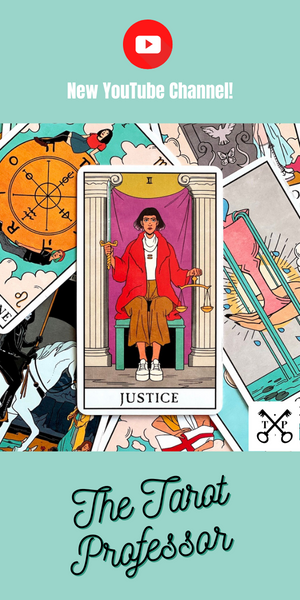